HISTORY OF THE AWARD

The award is a revival of the Kavaler Award which was presented by Chemical Market Reporter to leading chemical CEOs from 1990 to 1999, including Jon Huntsman Sr., founder, Chairman and CEO of Huntsman, Frank Popoff, Chairman and CEO of Dow Chemical, and Robert Kennedy, Chairman of Union Carbide. The award is named in honor of Arthur Kavaler, who served for 46 years as reporter, editor and eventually publisher and editor-in-chief of Chemical Market Reporter, – one of the three publications incorporated into ICIS Chemical Business – passed away at the age of 91 on January 18, 2012. Kavaler, a probing reporter and an editor with unwavering conviction, had a major impact on chemical industry journalism.

In the award selection process, ICIS and The Chemists’ Club invite each of the ICIS Top 40 Power Players to vote for three individuals in that group based on newsworthy achievement in one or more of the following categories:

The Chemists’ Club Kavaler Award, sponsored by ICIS, will be presented to Amin Nasser, president and CEO of Saudi Aramco, for outstanding achievement as voted on and recognized by his peers in the ICIS Top 40 Power Players.

This prestigious and unique global chemicals industry award will be presented to Mr. Nasser at a virtual event in the fourth quarter of 2020. The event will include a fireside chat with ICIS on Aramco’s strategy, outlook and key industry trends.

The winner of the Kavaler Award is selected by his/her peers – the senior executives of the ICIS Top 40 Power Players listing – a global ranking of the leaders making the greatest positive impact on their companies and the chemicals industry, and published in ICIS Chemical Business magazine.

In the award selection process, ICIS and The Chemists' Club invited each of the ICIS Top 40 Power Players in the 2019 ranking to vote for three individuals on the ballot, based on newsworthy achievement in one or more of the following categories:

“Saudi Aramco CEO Amin Nasser has made huge advances in petrochemicals with the $69bn acquisition of SABIC, the construction of mega projects worldwide and the ongoing development of crude oil-to-chemicals technology,” said Joseph Chang, global editor of ICIS Chemical Business.
“The level of project activity for Aramco is unprecedented for any company. Its global ambitions and investments in petrochemicals will create waves in the industry for years to come,” he added. 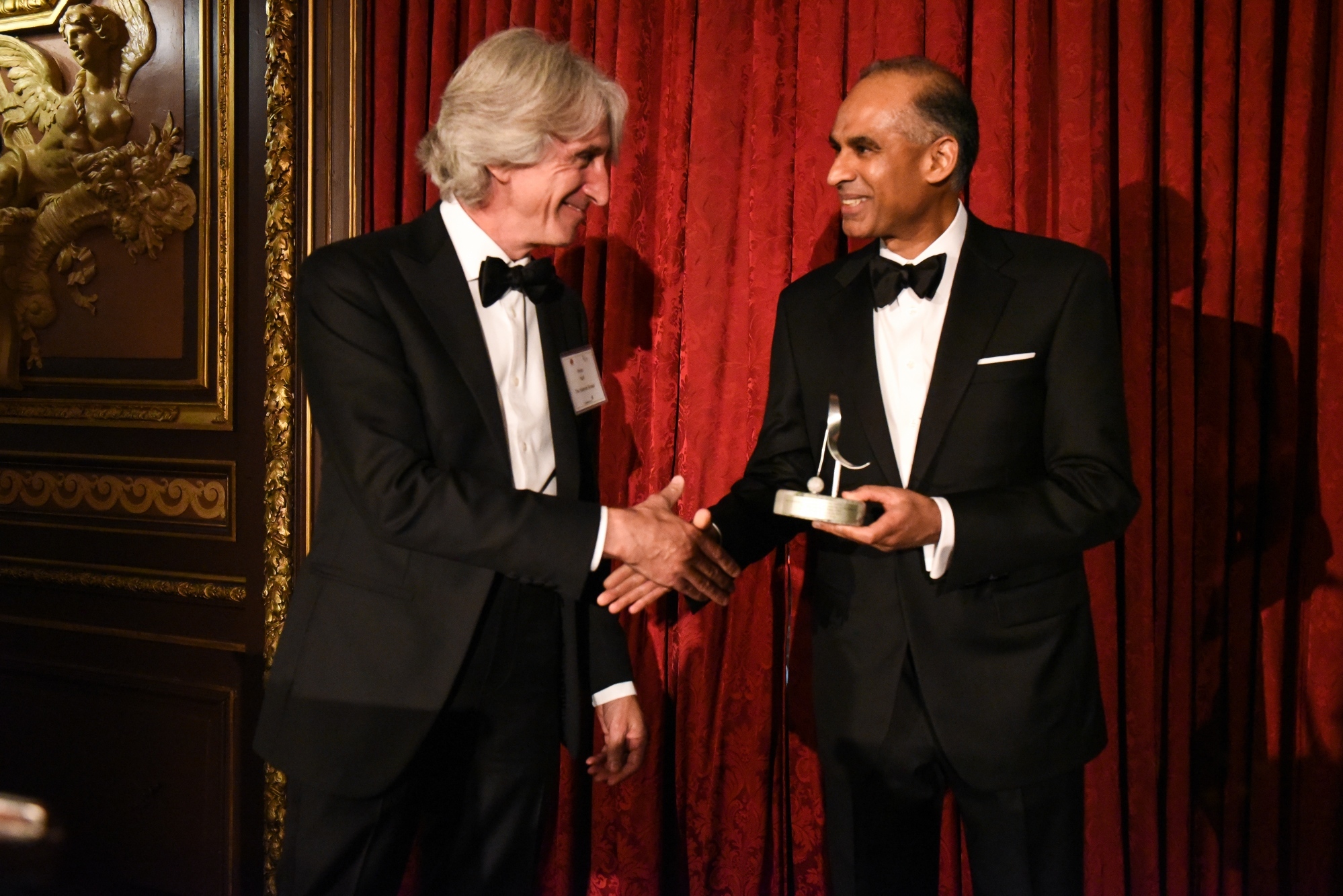 This year's Kavaler Award dinner added to the proud history of this annual event in that Bob Patel, CEO of LyondellBasell received the award for the second year in a row, the first time this has happened.  What makes this even more unusual is that the winner of the award is selected by his industry peers in the ICIS Top 40 executives of the year.

The black tie dinner, held on September 19 at the Metropolitan Club, attracted more than 240 attendees who represented a cross section of the chemical industry and its followers: chemical industry executives, financial analysts and investment bankers, consultants, attorneys and more.  During the pre-dinner cocktail session, everyone seemed to be intensely involved in conversations with other attendees, and similar group conversations took place during the separate dessert phase after dinner.